A recent study on US Army Reserve and National Guard soldiers has shed new light on the potential of ecigarettes as a harm reduction tool in the US military.

The new study, published in Preventative Medicine Reports, found that the vast majority of regular ecigarette users in the Army and National Guard found vaping to be just as satisfying as—or even more satisfying than—smoking traditional combustible cigarettes.

The purpose of the study was to better understand how US Army Reserve and National Guard soldiers, and their partners use e-cigarettes, and their perceptions and experiences related to vaping. It was based on responses to the SAFETY (Soldiers And Families Excelling Through the Years) questionnaire, a longitudinal study meant to assess the behaviors and attitudes of soldiers and their families over years.

The most important finding was that daily e-cigarette users found vaping at least as satisfying as smoking cigarettes, and perceived them to be less dangerous. In fact, a whopping fifty-eight percent reported that ecigarettes were even more satisfying than traditional combustible cigarettes.

This is good news, because it confirms the potential of ecigarettes to serve as a harm reduction tool. “These results indicate that accurate perception of comparative risk and use of more effective nicotine delivery product can produce for some users a highly-satisfying alternative to cigarettes.”

This is especially important in the military, where tobacco use and nicotine addiction are a particularly concerning health issue; cigarette and tobacco is use among soldiers and enlistees is generally much higher than in the civilian population. 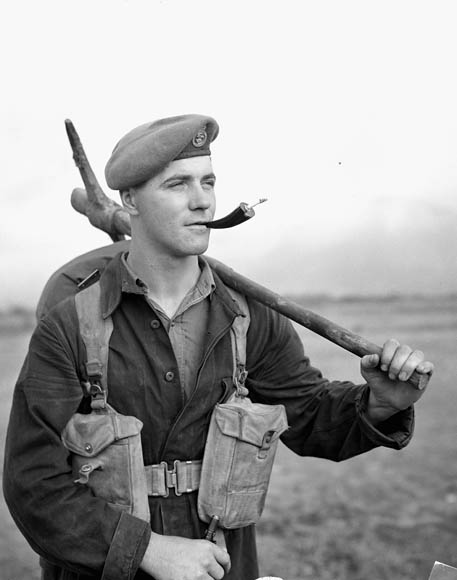 Over the years, anti-vaping activists have denied the possible benefits of vaping by arguing that ecigarettes are not “satisfying” as cigarettes. This has become an important point of contention in the debate about whether or not ecigarettes are a viable substitute for tobacco.

What this study does is throw a wrench in that entire line of reasoning. As the study authors put it, “Many people believe that vaping could not be as satisfying as cigarettes, and this lack of satisfaction could encourage switching to the more satisfying product. But our findings indicate that the non-cigalike vaping products can be very satisfying.”

The fact that many vapers find ecigarettes, not tobacco cigarettes, to be the “real thing” in terms of satisfaction signifies the enormous potential ecigarettes have as a harm reduction tool.

It’s a Fact: Ecigarettes are Satisfying to Smokers

The studies that anti-vaping advocates use to argue that ecigarettes are not satisfying to smokers have looked almost exclusively at “cig-a-like” devices.

These are first-generation devices that have been shown time and time again to be inferior to other types of ecigarettes.

As the authors of the recent study note, “Those smokers who have tried only cigalike products should know that they may be able to find a more satisfying substitute for smoking in other vaping products.”

This is supported by a 2014 study in Scientific Reports which found that second-generation e-cigarettes were able to decrease smokers’ nicotine cravings, but that first-generation cig-a-likes were less effective. They also found a possible reason for this difference: newer ecigarette models delivered more nicotine to users than cig-a-likes, more closely mimicking the nicotine uptake from tobacco cigarettes.

Smokers who took part in a study published in BMC Public Health rated second-generation ecigarettes as very satisfying. In fact, they were so satisfying that many decreased their cigarette consumption significantly despite having no intention to quit smoking.

There’s just really no doubt anymore that second-generation devices are satisfying alternatives to cigarettes. Although the 2017 study was relatively small-scale, it is only one of many to reach the same conclusion: ecigarettes are satisfying to smokers.

Ecigarettes in the Military This study suggests that ecigarettes could be an effective smokeless alternative for people serving in the military and National Guard. Unfortunately, it is not something that the US Department of Defense currently encourages.

It’s not that it’s surprising, considering the US government has been discouraging and demonizing vaping for years, most recently in the US Surgeon General’s Report on Ecigarettes. For the most part, vaping is treated the same smoking tobacco by the US military.

For example, the department of the army’s official e-cigarette policy states, “Due to the nature, operation, appearance, and safey concerns of e-cigarettes and vapor producing devices, they are considered to be in the same category as tobacco products…”

And, according to the chief of health promotion at the Air Force Medical Support Agency, “Not enough is known about the long-term safety of e-cigarettes to definitely state that they are safe,” and they cannot recommend them due to concerns about that and the effects of vaping on youth.

But the problem with equating vaping with smoking is that it confuses people about the health risks of both activities. That is more likely to steer people toward smoking rather than away from it.

The deadly health effects of cigarettes are well-known and well-researched, and the US government’s efforts to discourage people from using a smokeless alternative will only do more harm than good. Yet, still, the military refuses to consider ecigarettes’ harm reduction potential and continues to discourage them on the same level as other tobacco products.

As the authors of the new study said, “Telling people only that no product is ‘safe’ is an irresponsible message.” Instead, “Those who try to exaggerate fears of vaping products should consider their role in keeping smokers smoking.”