In a surprise announcement, Philip Morris International (PMI), one of the largest tobacco manufacturers in the world, is claiming that they intend to quit smoking. What they really mean is that they are going to focus on pushing smokeless alternatives, like e-cigarettes and heat-not-burn cigarettes, which produce vapor instead of smoke.

While this is clearly a publicity stunt meant to make people do a double take (“Wait, what? Philip Morris is quitting smoking?”), it is still a positive development. Even when you exercise a healthy amount of skepticism about this announcement coming from Big Tobacco, more smokeless alternatives and less cigarettes is almost certainly a good thing.

However, the catch is that PMI isn’t going smokeless everywhere, but is focusing its smokeless products on the UK market. Why is this the case, and why is the US likely to be left out of this change?

The answer is somewhat complex, but it all boils down to one main reason: restrictive policies and warped values concerning e-cigarettes in the US. In this post, we’re going to talk about why the US is repelling companies that sell smokeless alternatives while Europe is successfully moving in the direction of a tobacco-free future. England’s Royal College of Physicians was one of the first major medical organizations to come out in favor of e-cigarettes, making the famous (and controversial) claim that they are 95% safer than combustible cigarettes. The UK’s National Health Service (NHS) has also endorsed e-cigarettes as a safer alternative to smoking and even claims that two-thirds of smokers who use e-cigarettes through the NHS stop smoking program are able to quit successfully.

The UK has also taken a much more lax approach to public e-cigarette policy, based on the idea that easier accessibility to e-cigarettes will make people less likely to use traditional cigarettes. Public health officials encourage citizens to use e-cigarettes as a quit-smoking tool and discourage e-cigarette taxes and bans on public vaping.

England’s department of health has also widely supported e-cigarettes and encouraged businesses and employers not to ban indoor vaping. At the same time, the UK has very high taxes on cigarettes and strict bans on public smoking in place to make tobacco less accessible and attractive by comparison.

Unfortunately, in a move that seems more typical of US policy than the UK’s, a controversial law known as the the Tobacco Products Directive was recently handed down by the European Union. This new law requires e-cigarettes to be regulated much the same as tobacco, a move largely opposed by the UK’s citizens and government alike.

However, one consequence of Britain’s hugely controversial vote to exit from the EU is likely to be a return to England’s previous e-cigarette policy, which wisely favors smokeless alternatives over cigarettes and other tobacco products. The prevailing attitude towards e-cigarettes in the UK is clearly one of support for its harm reduction potential, and it’s one that citizens, scientists, and policymakers in the UK have fought hard to make into policy.

The US’s Take on Smokeless Alternatives 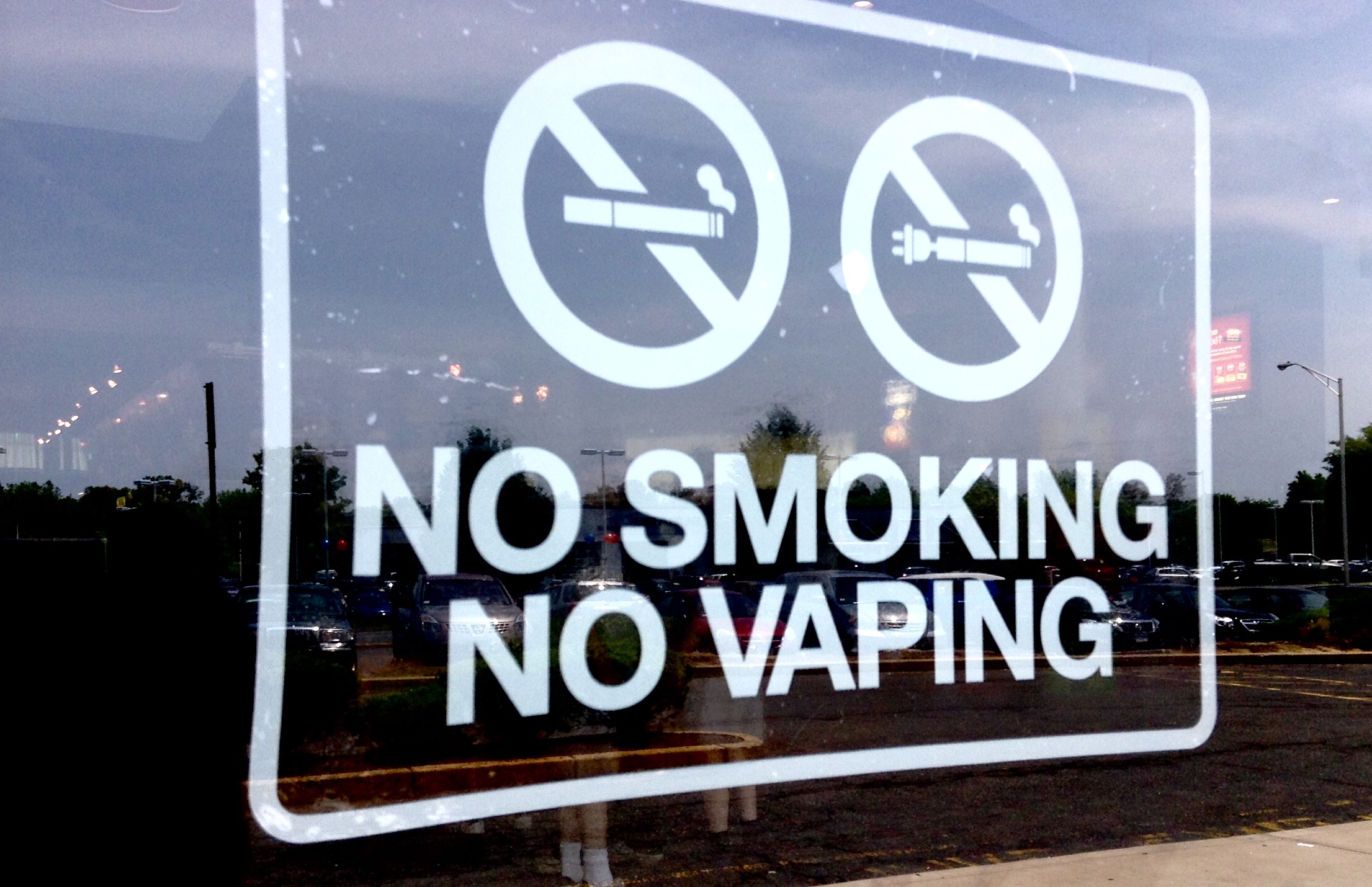 Now, let’s look at the United States in comparison. Here, the prevailing political attitude towards smokeless alternatives is much less friendly, and is, in many cases, openly hostile.

Both the US Center for Disease Control and Prevention (the CDC) and the Food and Drug Administration (the FDA) not only oppose e-cigarettes, but are actively taking measures to restrict them. They have publicly voiced their skepticism and disdain for smokeless alternatives and funded a myriad of public campaigns to smear their reputation.

This is in stark contrast to the UK, which actively promotes e-cigarettes as a safer alternative and encourages smokers to use them to quit. In the US, many policymakers and health experts actively discourage smokers from using e-cigarettes, and many still believe that vaping is just as dangerous, or even worse, than smoking.

State and local legislators, too, have largely stood in opposition to e-cigarettes and smokeless alternatives, passing a variety of steep e-cigarette taxes, strict regulations, and public vaping bans. The general sentiment among lawmakers seems to be that any alternative tobacco product, even if it is much safer than cigarettes, is merely a ploy to “re-normalize” regular smoking and increase tobacco sales.

This stands in sharp contrast to the opinions of medical experts and policymakers in the UK, who see smokeless alternatives as a way to help people quit smoking and reduce tobacco use in society. Unfortunately, while the UK is reducing its number of smokers and moving towards a smoke-free future, US e-cigarette policy is ensuring that cigarettes remain the most attractive and viable option for smokers.

PMI has recognized this, which is why they are aligning their strategy with values held by the UK people and beginning to phase out combustible cigarettes. Meanwhile, they continue to feed the cigarette market in the US, because those are the values signaled by our politics.

Even the FDA’s new e-cigarette regulations, which are still being rolled out, favor traditional tobacco cigarettes over smokeless alternatives. While they force e-cigarettes and all related products to undergo a lengthy approval process before going to market, they give cigarettes a free pass with barely any scrutiny at all.

As PMI attempts to market its new heat-not-burn (HNB) product, a cigarette that produces vapor instead of smoke, they have no reason to prioritize the US market. Even though they’ve submitted their HNB product to the FDA, the chances for approval seem exceedingly slim.

Even if PMI’s HNB products were somehow approved, it is clear based on past examples that the new smokeless product would be widely scorned in America. Clearly, PMI’s US arm is much better off staying in the cigarette business, which is in many ways less regulated, less scrutinized, and much more profitable in America.

What this means for the US

When you look at how the US government and policymakers have demonized e-cigarettes and worked to restrict them in nearly every way possible, it should be clear why PMI is not going smokeless in the US as it is in Europe. The US provides almost zero incentive for manufacturers to develop and market e-cigarettes or smokeless alternatives, and in fact punishes those who do.

With a few exceptions, US leaders have largely ignored the potential benefits of smokeless alternatives in favor of fearing their potential, and so far unproven, negative effects. Because US policymakers are so concerned about these new, scary smokeless products, they don’t realize that they are creating an environment that actually favors an older, scarier, and extremely deadly product: cigarettes.

The fact that PMI is going smokeless in Europe, but not the US, should make US lawmakers take a long, hard look at e-cigarette policy in this country. While the UK’s attitude and policies on smokeless alternatives are encouraging a shift away from tobacco—even among tobacco manufacturers—US policy is having the opposite effect.

If our congress, FDA, and CDC truly want to improve public health and reduce smoking in the United States, they need to acknowledge that our current strategy is not working. It’s time to start turning things around and understanding the merit of smokeless alternatives like e-cigarettes—and making them more accessible to smokers would be a great place to start.

2 thoughts on “One of the World’s Biggest Cigarette Companies is Going Smokeless, But Not in the US”