If you know much about e-cigarettes and keep up with the news, you’ve probably heard of a man named Hon Lik.

This man from north-eastern China, now 65 years old, is widely regarded as the “father of vaping,” and is a well-known and respected figure in the e-cigarette community. He was the first to invent the modern e-cigarette and owned the first company to commercially produce a vapor product in 2004.

As the inventor of one of the most controversial products of the 21st century, it’s no surprise that his generally positive legacy is marked by hardship and controversy. It reached it’s height in 2014 with his controversial decision to sell his e-cigarette patent rights to Imperial Tobacco, but he’s been back in the spotlight recently after making divisive and misleading comments about vaping.

In this post we’re going to take a closer look at Hon Lik’s legacy and how the e-cigarette that we all know and love came to be. From the tragic death that inspired his search for a smokeless alternative to the birth of a multi-billion dollar industry, we’ll follow Hon Lik’s rocky journey from pharmacist to entrepreneur.

How one Chinese Man Invented the Modern E-cigarette 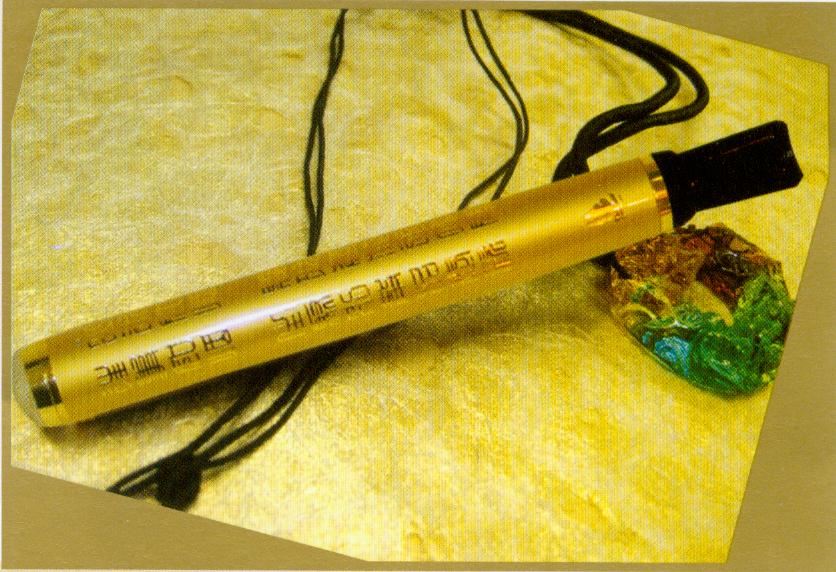 The vapor product market we see today is full of an almost unfathomable variety of e-cigarette devices, e-liquids, and accessories. It’s almost difficult to imagine that it all began with a single man in northern China and a prototype for a small cig-a-like vaping device.

Lik started out as a pharmacist, and owned several medicine patents in China before he ever envisioned the electronic cigarette. He made a decent living for years working in the pharmaceutical field, but a personal tragedy led him to switch his career focus.

Hon Lik had developed a heavy addiction to cigarettes early in life as a way to cope with the stress and isolation of working in a rural area far from his family. His habit only worsened while he went to university to study pharmacology, and in the early 2000’s, Hon Lik’s father began suffering from late-stage lung cancer due to his own nasty smoking habit.

According to Hon Lik, “I truly understood smoking’s harm to my health,” and that’s what motivated him to invent a smokeless alternative to cigarettes. “After awhile I thought, ‘because I’m a pharmacist, maybe I could use my knowledge to develop something that could help me stop smoking.”

He first tried to quit using nicotine patches, but those proved ineffective for him. “This was my turning point,” Hon Lik said in an interview with Vice, “I decided to use my knowledge to develop an alternative product.”

He realized that nicotine patches—which delivered a constant, low dose of nicotine through the skin—were not effective at delivering the quick, heavy doses of nicotine smokers are accustomed to getting from cigarettes. In order to be more effective at reducing cravings, Hon Lik reasoned, a viable cigarette alternative would have to “mimic the smoking sensation” by quickly delivering a significant amount of nicotine to the lungs.

Hon Lik had high hopes for his invention from the beginning, which was why he took his time to go through “a very lengthy and harsh” period of development. He began seriously working on his e-cigarette device in 2002, but spent many months re-working and improving his design.

“Every day when I woke up I had a new idea on how to improve…. Every week I was coming up with an improved model.” And, in 2003, he finally filed the first patent for an electronic cigarette device, registering it in China, the EU, and in the US.

When asked why he did it, he said, “To solve a social problem. Quitting is suffering,” 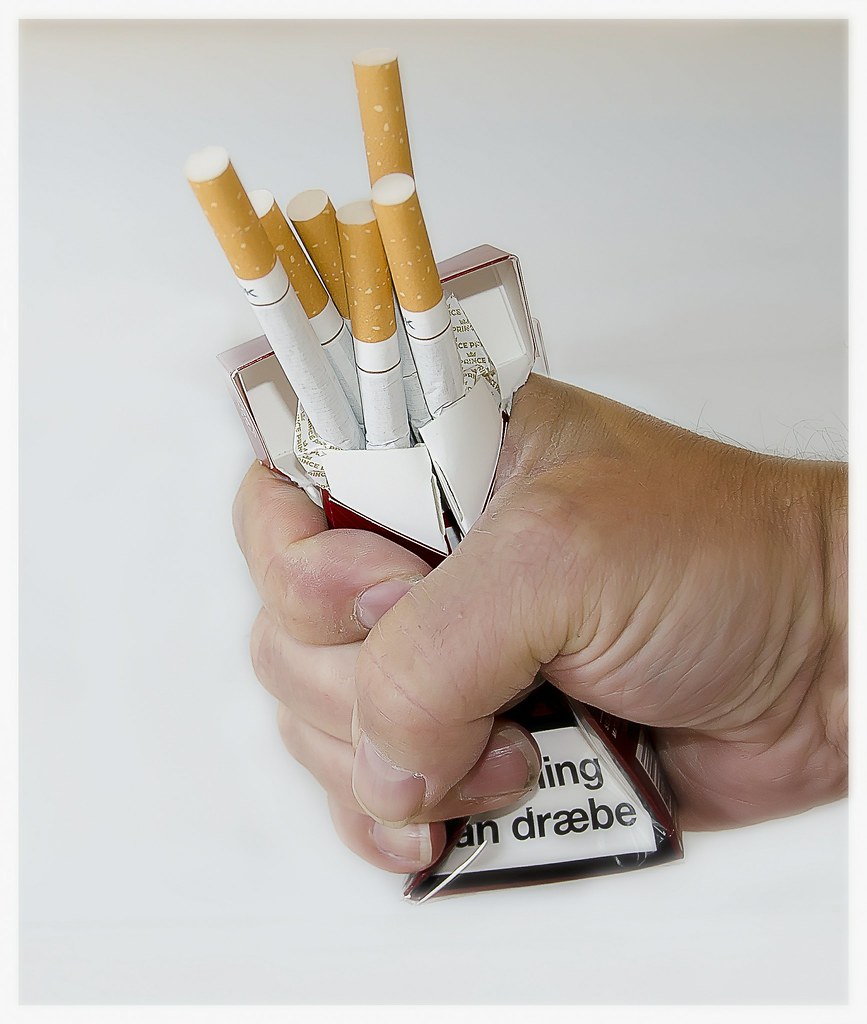 By 2004, Hon Lik had already founded his own e-cigarette manufacturing company and begun mass production. By 2006, Hon Lik’s invention had taken off, and he had his factories running 24/7 to meet the impossibly high demand.

“I received a lot of enthusiastic reaction from consumers,” Hon Lik said. “I realized my dream came true with not only helping me give up smoking but also to bring a benefit to billions of people, expanding their lives.”

Unfortunately, Hon Lik’s explosive success was short-lived. As soon as competitors with their own versions of the e-cigarette entered the market, he saw his profits taking a down-turn.

He has often since lamented that he never received appropriate compensation for his invention because, as Vape Ranks reports, “numerous copycats of his designs and legal disputes with Chinese authorities have prevented him from reaping serious financial rewards.”

This lack of proper recognition and compensation factored heavily in his decision to sell off his e-cigarette patents and Dragonite brand in 2014. In a move that lost him at least a few admirers, he sold them for $75 million to Imperial Tobacco and their electronic cigarette-focused subsidiary company Fontem Ventures.

Many vapers saw Hon Lik’s actions as “selling out” to big tobacco, especially when he then became a consultant for Fontem. However, Hon Lik insists that the company believes in the same values that he does, namely that “The e-cigarette is the alternative to smoking cigarettes,” and sees no hypocrisy in promoting them through a Big Tobacco-owned business.

Soon after, things began to get very litigious. Fontem Ventures began filing lawsuits against other e-cigarette and tobacco companies, claiming patent rights over the e-cigarette’s design.

According to Ray Story, head of the Tobacco Vapor Electronic Association, Fontem’s lawsuits “have zero credibility of being a threat,” since the patents only cover “yesterday’s technology.” Modern vaping devices are very different in design than early e-cigarettes, and most vapor products in the industry have “evolved beyond” the scope of the Hon Lik’s original e-cigarette patent.

These lawsuits drove an even bigger wedge between Hon Lik and the vaping community, which saw the lawsuits as an assault on the independent vaping market by Big Tobacco. The divide only widened in 2016, when he baffled vapers by expressing a great deal of ignorance about flavored e-cigarettes and the people who use them. Despite all the politics and controversy surrounding vaping, Hon Lik’s true legacy is that he made the world a better place. He invented the e-cigarette out of a conviction to help others, and the fruits of his passion has touched countless people’s lives.

Hon Lik’s ecigarette was a transformative technology and it permanently changed the way people and governments around the world think about smoking and tobacco harm reduction. It’s impossible to know how many people his invention helped, but there’s no doubt that his mission to provide a smokeless alternative has had a hugely positive impact on the lives and health of many.

Today, it’s difficult to go anywhere without finding someone who has benefited from Hon Lik’s invention and influence in tobacco harm reduction. Even if vapers haven’t always seen eye-to-eye with his decisions and philosophy, anyone who has used an e-cigarette to improve their lives for the better owes a great deal of gratitude to Hon Lik and his hard work.