FDA commissioner Scott Gottleib has made examining and overhauling policies on e-cigarettes one of the FDA’s number one priorities since he took over the agency last year. Just recently, more than a year announcing these intentions, he has revealed what this could mean for e-cigarettes, and it’s definitely not good.

According to Gottleib, the FDA is “seriously considering” a surprising new policy: regulating e-cigarettes like over-the-counter drugs. This proposal is not only unconventional, but it seems to contradict Gottleib’s earlier stance, which was supportive of removing over-burdensome regulations.

What makes this policy ridiculous from a public health perspective is that it means e-cigarettes would be regulated even more strictly than traditional cigarettes. This could make e-cigarettes less accessible, stifle innovation, and cripple their potential as a smokeless alternative and harm reduction tool.

Besides not making any logical or economic sense, what Gottleib is suggesting could have serious consequences for vapers. It is also likely to have the opposite of the desired effect and end up deterring smokers who want to quit.

In the rest of this post, we’re going to discuss this proposal and why it could be dangerous for public health. We’ll take a look at what it would actually be like if the FDA regulated e-cigarettes like over-the-counter drugs and examine the many ways in which it could backfire spectacularly.

E-cigarettes are simply electronic devices that heat a liquid into a vapor, and that liquid may or may not contain nicotine. What would this kind of regulatory structure mean for e-cigarettes and e-liquids that are completely nicotine-free.

Gottleib’s announcement seems more like an effort to grandstand than sound policy, and may have been an attempt to appease anti-vaping groups, which have been protesting the FDA’s decision to delay the previous administration’s e-cigarette regulations. And since Gottleib did not give any details on how his new policy would be implemented, it is too early to tell how serious the FDA is about moving forward with the idea.

On the surface, regulating e-cigarettes like over-the-counter drugs is a curious choice that seems rife with problems and inconsistencies. The end result would inevitably be throwing the e-cigarette industry into the drug development business, which many small businesses would find impossible do.

It Could Make E-cigarettes Harder to Buy

In his announcement, Gottleib implies he doesn’t want to make e-cigarettes less available, saying “At the very time I am trying to take nicotine out of combustible tobacco, I don’t want to be sweeping the market of products that provide an alternative to smokers who want to get access to nicotine.”

The problem is, that is exactly what would happen if the FDA regulates e-cigarettes and e-liquids as over-the-counter drugs.

If Gottleib wants his cigarette crackdown to work according to plan, then it would be wise to leave e-cigarettes more or less alone. Anything that limits or changes the way that the public has access to e-cigarettes and vaping supplies is guaranteed to reduce the number of smokers who make the switch.

Regulating e-cigarettes like over-the-counter drugs could make e-cigarettes harder to find, especially for smokers looking to purchase an e-cigarette for the very first time. It could also limit the number of e-cigarettes on the market or reduce the variety you can find in stores.

New vapers browsing e-cigarettes in the drug aisle at the grocery store may feel uncomfortable or uncertain about directing their questions to a pharmacist. Additionally, many pharmacists may not know enough about the technical and practical aspects of e-cigarettes to answer important questions.

If vaping products are kept behind the counter, as many nicotine replacement therapies are, it would take away the opportunity for customers to freely browse their options. This would make it significantly more difficult for smokers and vapers to find the products they want.

It could be a huge barrier for new vapers who don’t know what to ask for at the counter. Smokers are more likely to end up with an e-cigarette that they don’t like or don’t understand, or to give up on switching to e-cigarettes at all.

This is important, because studies showh that smokers who find a high-quality product that fits their needs and preferences are more successful at quitting smoking than those who use basic, one-size-fits-all cig-a-like devices. Regulating e-cigarettes this way will guarantee that vapers and smokers looking for a nicotine alternative will be less likely to be able to find the products they need when they need them.

For vaping to help smokers, it needs to be a satisfying experience, which means they should be able to find a flavor and brand of e-cigarette that works best for them. The FDA’s proposal for regulating e-cigarettes like over-the-counter drugs is almost guaranteed to limit their choices and make many e-cigarettes and e-liquids more difficult to find.

More Scrutiny for E-cigarettes than Tobacco? 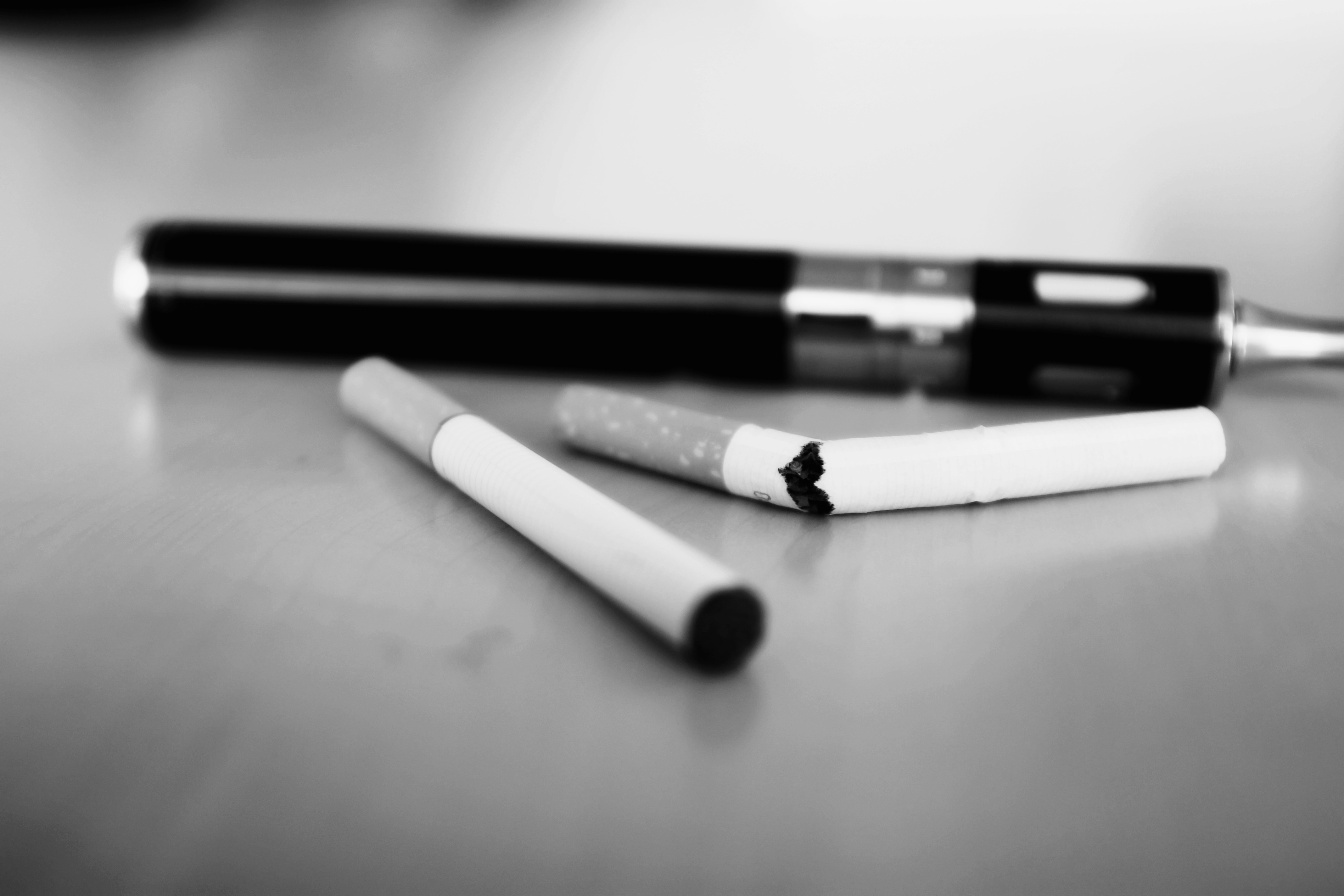 It also just makes no logical sense to subject e-cigarettes, a smokeless nicotine alternative, to more scrutiny than cigarettes, a well-known killer of more than 480,000 people in the United States every year. In fact, cigarettes are the leading cause of preventable death all across the world.

While the idea that e-cigarettes should be strictly regulated comes from a desire to “protect” the public from their harms, in practice, it just doesn’t hold water. After all, cigarette manufacturers don’t have to prove that their product is safe and effective, so why does the FDA want to put e-cigarettes through such a strict review?

Everyone knows that cigarettes and other tobacco products are deadly and have no intrinsic value or “efficacy” for any disease or condition. Yet they are still freely sold on the market and most are exempt from any substantial FDA review.

There is no reason that e-cigarettes should be subject to greater scrutiny than other tobacco products, and it’s a symptom of the rampant fear-mongering and misinformation about e-cigarettes spread by misguided policy makers and anti-tobacco activists. If lawmakers truly want to do right by their citizens, they should focus on the real public health threats and leave e-cigarettes alone.

While first starting vaping isn’t hard, there is often a bit of a learning curve that can be intimidating to smokers. That’s why e-cigarettes need to be as easy to access as possible to entice smokers who want to quit.

The FDA’s proposal to regulate e-cigarettes like over-the-counter drugs is likely to restrict e-cigarette choices and make them even more difficult for smokers to buy. It also places an unfair burden on the e-cigarette industry, which did not develop a pharmaceutical product or intend to market e-cigarettes that way.

If anything, these regulations would favor the tobacco industry, which is wealthy, connected, and already involved in the research and development business. It would give large tobacco companies with the budget and framework to conduct extensive clinical trials an edge over smaller e-cigarette businesses that don’t have those kinds of resources.

Overall, Gottleib’s proposal seems misguided, impractical, and unwise. If the FDA truly wants e-cigarettes to be available to smokers trying to quit as they claim, they need to develop a more fair and sensible process for regulating them.

2 thoughts on “The FDA Wants to Make E-cigarettes Over-the-Counter Drugs?”